Frankfurter Allgemeine Zeitung shows off its videotex system in Berlin, 1983. (AP/Elke Bruhn-Hoffmann)
In the beginning, there was print. And then there was the telegraph, which enabled news “wires,” and then radio, followed not too far behind by television. And while each new entrant wrought disruption, all soon found stable paths of coexistence and even fresh lucre (while network TV killed Henry Luce’s enormous Life, it also spawned Walter Annenberg’s huge TV Guide). Then, sometime just before the 1980s, the worlds began to intersect slightly, with the first emerging hints of a future for publishing beyond print. That’s when journalism companies, including newspapers, broadcasters, and fledgling cable operators, invested heavily in early consumer information services that bridged the telephone and television with a low-cost “decoder” box to deliver text and, in separate ventures, pictures.
A 1981 report on KRON-TV San Francisco on an early effort at digital distribution of news.

There were those, such as Jerry Levin at Time Inc., even before it was Time Warner and he was CEO, and Roger Fidler at Knight Ridder, among others, who anticipated that being able to move content — the news — digitally would be transformative and even produced a video in the mid-’90s of how news could be delivered to electronic tablets that wouldn’t be fulfilled until Apple’s breakout product, the iPad, was introduced in 2010. But their experiments came too early, before there was enough bandwidth, enough processing power in the hands of consumers, enough devices in the market, to build new businesses. 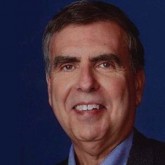 My whole introduction to journalism and technology was all about two-way. There was no talk of digital at the time. No Internet. No computers. It was taking all these pieces and seeing how you can get interactivity. That was the goal….

Before we [Time Inc.] started HBO [1976 or 1977] I was in Sterling Manhattan Cable in a little office working on the business plan. Next to my chair was an AP news wire with a camera in front of it. In the cable system at the time, that’s how news was delivered to the audience. What fascinated me was I was more interested in reading what was coming off the wire. I thought this was fantastic because somebody at home could get the news just as quickly as any reporter working for any company. That was a pivotal thing for me. I didn’t think it was primitive that there was a camera set up in front of a news wire.

After we started HBO, I kept thinking about ways of delivering news into the home…I was taken by Life magazine and pictures…I asked one of the engineers at Manhattan Cable, is there a way you can get a news wire into the home? Let’s get pictures into the home because…”To see Life, to see the world,” that’s what Henry Luce said about Life.

[He told me they] had this technology called slow-scan technology. A photograph will wipe across the screen. Now it takes a little time and people may get a little impatient, but you can deliver a picture. We set it up in our office…and I thought, it’s probably going to be too difficult for people, but at least they gave me the notion that you could deliver text and you could deliver pictures….

Teletext was part of this drive [for interactivity]. I don’t know how I was able to get authorization [I was running the video group at the time] to build a studio that would deliver journalism that was theoretically two-way [but was actually one-way] and was called Teletext…. We got a number of journalists involved. We created a Teletext newsroom. It was to be delivered to Orlando by satellite [from Queens, NY] into something that wasn’t a cable converter box. …I thought, “This is great because we can test how much information the consumer can handle, what kind of journalism, what kind of information.” The most interesting finding was that we couldn’t deliver enough information fast enough, deep enough, to satisfy the consumer’s appetite. Rather than being, “hey, we’re on to something with this technology,” it suggested that if ever you could find a technology that had much greater capacity, that was truly two-way, the consumer would be there.

Time Teletext was eventually introduced in underwhelming fashion with the tagline, “Our time has come,” when sadly, as the corporate promotion seemed really to demonstrate, it was still a distant dream. But it wasn’t the only digital news idea that wasn’t ready for prime time. 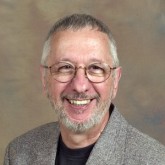 In 1979, in January, Jim Batten [Knight Ridder’s CEO] called me and asked me if I could come to Miami to talk about a new project that they wanted me to be involved in, but he wouldn’t tell me what it was. I flew to Miami, met with Batten, who told me at the time, “This is our top-secret project.” He called it our Manhattan Project to develop an electronic publishing system that was being developed in England at the time called ViewData or Videotex. He wanted me and this group of three other people that had been chosen to go to England, learn all we could about the videotex service, one that was being developed at the time called Prestel, and then come back and build a similar system in the U.S…. From 1979 to ’83, I worked on the Viewtron project…. We weren’t allowed to talk about what we were doing because we were afraid at the time that Times Mirror and other companies might get a jump on us.

A 1983 promotional video for Viewtron, an AT&T/Knight Ridder joint effort launched in Florida.

At the time, you may recall back in the late ’70s, early ’80s, there were already people predicting that at some point newspapers would be replaced by digital technology…. So in ’81 there was the APME [Associated Press Media Editors] that invited a number of editors and designers to write an essay and perhaps create some images of what they thought newspapers might be like after the year 2000.

At the time, everyone thought I was totally crazy. This was total science fiction in the minds of the editors I talked to. I remember John Woolley, who at the time was the editor of the Viewtron project, said to me that this was a “nutball idea” that would never happen.

Do you take any lessons from Viewtron?…It was a very bold and costly experiment in the early ’80s. But it was shut down. As we all know, it was termed a failure. What lessons did the company, or did you learn from that?

Quite a few. One of the lessons, of course, is when you are developing any new technology, those who are involved in the project believe things will move much more quickly than they actually will. It’s just normal human nature for things to take a while before they catch on. Paul Saffo, at the Institute for the Future, talks about his 30-year rule: That usually in the first decade of a new technology as it comes out of the lab…there’s not an audience prepared for it. Often that first wave fails. The second decade a newer technology emerges, and people are becoming more aware of it. It starts to take hold, but…there are still a number of failures.

Then it’s the third wave, or the third decade, where if it’s a successful technology at all, it becomes commonplace. People accept it as part of their everyday lives. A Viewtron user in south Florida, 1980. The message on the screen: “Doug I like you very much. I want to know which of us you like better, Katy, Tiffany, or Leslie (me). I hope it is me!!!” (CC)
Nicholas Negroponte on the founding of the MIT Media Lab.

As early as the late ’70s, what would become the MIT Media Lab was beginning to show off functional technology eerily similar to what would become touch screens, interactive graphics and user-controlled displays in this decade, embodied perhaps best in Apple’s iPad, brought to market at scale.

The early trials taught these interactive pioneers other lessons that would be a harbinger of trends to come more than a decade later. As Fidler explains, the newsrooms thought their news was most appealing to users, but it was really the new ways of communicating through networks that excited the customers.

We also made the mistake of assuming that it was going to be the newspaper content that was the most appealing content that would drive the service. Even though our research was showing us the things that were driving the service more in the early days were email, online chat, the auction services we had, games, entertainment.

News was not the top feature that people were looking to, even though when we’d interview people they would say news was what they really wanted. When we were following what they actually did, it was quite different from what they said they were doing.

Had the Viewtron project been more of an ongoing R&D project to deal with digital technology, more as a lab experimenting at a lower cost rather than ramping up quickly to, at one point…close to 250, almost 300 employees…They were putting a lot of money into it to try to go national. So when they couldn’t see a large enough revenue stream from it, they shut it down, believing it wasn’t going to catch on.

By 1986, most of these interactive services were shuttered, having incurred significant losses at their parent companies, which led to a sustained period of disinvestment in interactive media by legacy media companies. Only one of these services, Ceefax in the U.K., actually hung on until 2012, and the early failure of the rest led to a feeling of false security across the industry.

Print felt pretty good…these technologies were either so inefficient or so far in the future that we didn’t need to worry about them or adapt to them. These were all failures. Teletext was considered a failure…the $25 million number sticks in my head, but it was a costly thing…. The video group was the darling of Time Inc. at the time, and there was a lot of interest, but then we…shut it down. So when you shut something down at Time Inc. it’s a failure. It’s not a success.

Martin Nisenholtz
Robert November describes some of the first attempts by The New York Times to create a digital news business.

One of the themes that seems to be true throughout this whole period and well into the ’90s and beyond, is that large corporations — maybe because of their culture, maybe because of the point you made that it wasn’t a threat — just don’t seem to be able to adapt as quickly to some of the digital technologies as the entrepreneurial community that operates on a, in a funny way, slower but faster cycle. At the same time as you’re shutting Teletext and Knight Ridder is shutting down Viewtron and Times Mirror is shutting down its service…the Quantum Computing guys are starting up [what becomes] AOL. That must have seemed trivial at the time.

It was always an issue. A large corporation…makes most of its money — and therefore its Wall Street success is based on — its inbred businesses. The threats seem unavailing because you’re walled up in your own secure revenue generation, but it was at least clear that we wanted to start something.