Chapter 7
The Nerds and The Newsies December 14, 1995: NBC CEO Robert Wright and Microsoft chairman Bill Gates announce MSNBC. (AP/Marty Lederhandler)
The very core of the revolution that was now underway was technological, with every new advance being driven by innovations in computer engineering. And yet, for the most part newspaper and magazine companies didn’t initially make significant engineering investments in their digital businesses. They viewed engineering as a means to an end — plumbing — a way to enable their core journalism to travel around the world through this magical new distribution channel called the World Wide Web. Engineers were expensive to hire and engineering just wasn’t in the DNA of most publishers; these companies had run for decades on delicate balances of power among advertising sales, consumer marketing (circulation), finance, and editorial departments.
Looking back now, though, it seems clear to many that this oversight severely hampered the ability of the publishing industry to — in the metaphor coined by ice hockey’s Wayne Gretzky — skate to where the puck was going to be. The failure to embrace the value of engineering led to an inability to sufficiently innovate in the field. Google chairman Eric Schmidt was particularly blunt on this topic.
Martin Nisenholtz 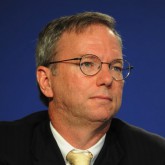 I think there’s a very simple explanation. The industry has no engineers….I am just laying out the facts. You cannot innovate and build new products without engineers in your field. If you don’t have them, you have to find somebody who does and partner with them in a clever way.

Eric Schmidt recalls the invention of Google News and its initial editorial bias for cricket.

Schmidt isn’t alone in this view. Will Hearst, a graduate of Harvard with a degree in mathematics, has been a newspaper writer, editor, and publisher, but also a successful venture capitalist at Silicon Valley’s Kleiner Perkins Caufield Byers, where he has backed many engineering-led companies. Today, he is Chairman of the Hearst Corporation, the media giant founded by his grandfather, which has major interests in everything from newspapers and magazines, to TV stations, to a big chunk of cash cow and sports news leader ESPN.

You have a lot of people, Eric Schmidt is one of them, who said to us one of the big failings of the publishing industry was that it never really valued the engineer.

Explore our full interview
with Will Hearst 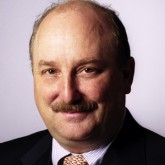 I agree with Eric on that.

I agree thoroughly. There was a long stretch of time when some of us were telling the traditional media companies, “Look back on your own recent history.” There was a time when the people who were in the art department were not considered very valuable. Then when Al Neuharth and USA Today came in, all of a sudden, the guy from the art department that did the charts and the graphs got to sit in at the news meeting. Those people were taken seriously as part of the senior council, but you’ve never brought the engineers into that meeting. They were always replaceable, hirable, outsource-able, unimportant people.

Will Hearst on the important and creative skills at newspaper companies that were pushed out over time.

The modern media value proposition is being made out of technology, and so the people that do that aren’t even in the meeting. They don’t even get to vote. That was a big thing….

I agree with Nick and with Eric. You needed to celebrate engineering as a creative craft, as a journalistic, creative profession, like photography, like illustration, like editing. These skills don’t grow on trees.

Former investor and board member Art Kern made a similar observation about the founders of Yahoo.

Literally, as a matter of fact, Jerry [Yang] and David [Filo] were rocket scientists. They did some work at NASA Ames [Research Center in Silicon Valley] and they were [Stanford University] PhD candidates.

Mike Moritz, who in addition to his early role in financing the launch of Yahoo was an early investor in Google, reads from the same script.

Sir Martin Sorrell, founder and CEO of ad giant WPP, described his hesitancy to invest in the skills necessary to compete in a digital age: 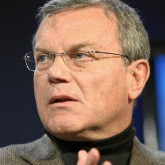 If you said to me, “What do you regret about WPP over, say, the last 13 years?” It’s that we haven’t done more faster-growth markets and we haven’t done more digital. Because [with] the benefit of 20/20 hindsight: If you had done those deals that you thought were marginal; if you had taken-on those people who you thought were not fundamental and not core, and were marginal, you would have invested in more human capital in the digital area and you would have invested in more companies.

Of course, the one company that did attempt to bridge this gap was Microsoft, which cast hungry eyes on the Internet media business not only with its MSNBC joint venture, but with the launching of Slate, the ambitious online magazine that the company also based in Seattle. The software giant hired as its founding editor Michael Kinsley, a highly respected print journalist as well as one of the first cable TV political personalities (from CNN’s Crossfire).

It’s been suggested to us by a number of people that one of the big failings of the traditional legacy media business is it never had any real affinity for engineers. 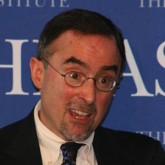 How did it feel to be a journalist in a land completely dominated by engineers? Did that work?

On the one hand, there was no tension about that. On the other hand, we didn’t take advantage of it the way we should have.

Is it fair to say, as a journalist, you probably didn’t have that much appreciation for the possibilities of engineering?

I found the engineers who worked for Slate very nice people, but just like writers, in fact, very like writers, they were spoiled rotten. You could never get what you wanted from them. They got very angry at me when I would say, “Why can’t we do X?” This was after I realized that we had to reinvent the form to some extent.

In the end, Microsoft exited the news business, first selling Slate to the Washington Post Co. in 2004, and, more recently, offloading its stake in MSNBC to NBC owner Comcast.

Arguably, one exception to the rule that mainstream media companies didn’t appreciate or empower engineers was at CNN, where they brought in not one but three technologists with academic computing roots from the University of Chicago — led by Scott Teissler, today the chief technology officer at Turner Broadcasting, along with Sam Gassel and Monty Mullig. According to both Motro and Woelfel, this helped contribute significantly to the early success of CNN Interactive.

Furthermore, Negroponte argues that the notion of needing to merge engineers with “creatives” was the founding principle of the Media Lab at MIT.

The people who formed the original Media Lab did so in a frictionless fashion, and the statement, the mission statement if you want to call it that, was that the inventors and the creative users of media should be in one place.

The example where that didn’t happen was in television. Engineers invented it then threw it over the fence, and people used it. The example of where that did happen is photography. If you think of the history of photography, the people who invented it were the creative users, and when you wanted to do something else, you invented more. My argument — had you been in the room and I was trying to persuade you in 1985 — was that the computers would be the same thing; that the future of computers would be driven by the creative users, not the computer scientists. That was the basis for the Media Lab.

Some of today’s newspaper executives seem finally to recognize the necessity for adopting the collaboration that Negroponte was promoting almost 30 years ago.

We have to present the best that we have to offer in a way, in a format, that readers like to use. The only way to do it is having people like Shailesh Prakash, who is the most valuable player at The Washington Post. Shailesh is the [vice president] of technology at The Post, and I would say is a peer of [executive editor] Marty Baron. He and Baron will create The Post digital content in the future jointly.